Where Do We Go From Here?

Where Do We Go From Here?

The current equity market is the thirteenth bull market for the S&P 500 since 1928. At 96 months, it is the second longest bull run over the period: the longest, from 1990 to 2000, lasted 120 months and appreciated about 425%. The current market has appreciated “only” about 250%. The bull market in bonds began in the early 1980s when ten year Treasuries were yielding close to 16% and T-Bills were paying over 20%; currently, ten year Treasuries are yielding about 2.5% and 90 day T-Bills are paying .75%. The lowest bond yield in two and a half generations was breached earlier this year at 1.4%. Are we at an inflection point? Have interest rates finally begun their long anticipated reversal? And if interest rates are beginning to rise, can the equity market possibly survive?

There is a theory, recently expressed in the Wall Street Journal, that low U.S. Treasury yields have provided the support for current valuations in the stock market. At the risk of oversimplification, the argument runs something like this: as long as bond yields are lower than stock dividend yields, income sensitive investors will continue to pour money into the stock market, thereby supporting prices. The dividend yield on the S&P 500 index, until very recently, exceeded the yield on ten year Treasuries. With some of the more recent increases in long term interest rates and the post-Trump run-up in stock prices, this premium has evaporated. According to the argument, the disappearance of the stock yield premium knocks the support out from under the market. There is substantial validity for this argument, particularly during periods of low earnings per share growth (not unlike the experience of the last eight years). But when there is some expectation of growth, or increased awareness of risk, the simple comparison of dividend yields to bond yields loses meaning. The math can get very complicated and highly dependent on estimates and assumptions, but the basic framework for evaluating stock dividend yields, as well as price to earnings ratios (P/Es), relies on three variables: growth, the risk free level of interest rates and risk. Growth is the expected growth rate of earnings or dividends (dividends tend to follow earnings); the risk free rate is usually the interest on U.S. Treasury Bills or Bonds; and risk appears as points added to the risk free rate as compensation for the uncertainty of earnings and dividends. Dividend yields tend to be elevated during periods of very low growth expectations. In such an environment, an increase in interest rates, and/or an increase in perceived risk, elevates the required rate of return on dividends and thereby raises the dividend yield by reducing the price of stocks. However, even in an environment of increasing required rates of return, if growth expectations rise more rapidly than rates, yields will fall and P/Es will rise with increasing prices.

It seems to us a foregone conclusion that interest rates overall will be increasing during 2017 and probably for some time thereafter. Those of us who have been in this business for almost forty years will recall that this is both a perennially favorite prediction and a perennially wrong one. In spite of this humbling knowledge, we firmly believe that we are in a rising rate environment. The questions we have, questions that have a profound impact on both the world economy as well as on stock and bond markets, are how far and how fast will rates increase. And, more to the point will economic growth stay ahead of rate increases?

The Federal Reserve indicates that it intends to take a cautious approach to lifting overnight rates, currently set between .75% and 1.0%. It has certainly been cautious to date, taking a year and a quarter and three increases to get to the current level from its starting point of 0%. The timing of future increases is dependent on future rates of unemployment, inflation and overall economic activity, but the consensus expectation is for two to three increases of .25% each during the remainder of 2017. In other words, the Fed will likely continue its slow and cautious pace.

Longer term interest rates, of course, are more dependent on market forces, inflation expectations and the strength of the overall economy than on the actions of the Federal Reserve and other central banks. While the U.S. economy has improved enough for the Fed to feel comfortable lifting short term rates above zero, that cannot be said for the rest of the world. For example, in the European Union — the largest, though least organized economy in the world — the central bank is still concerned enough about economic weakness to maintain quantitative easing and high cash liquidity. There, average ten year government bonds yield a full percentage point below that of the ten year U.S. Treasury and prime rates are less than one fourth those in the U.S. The third largest global economy, China, is still growing at a 6% level, if government statistics can be believed. For China, this is a far cry from its salad days, only a few years ago, of over 9% growth; it’s also a level insufficient to satisfy the aspirations of its central planners and population. In short, though the U.S. economy is finally gaining some forward momentum, there is ample slack both at home and abroad to dispel concerns that excess demand will trigger a wave of inflation and accelerate increases in long term interest rates.

And the U.S. economy is continuing forward. It cannot be described as a house on fire: the latest GDP estimate (Q4 of 2016 at 1.9%) is still hovering near the lackluster 2.1% average recorded since the “Great Recession” ended in mid 2009. But there are more numerous signs of life and fewer signs of exhaustion than we have seen since 2009, particularly in the civilian workforce: Initial Jobless Claims continue their downward trend, Unemployment remains below 5%, the Labor Participation Rate appears to have stabilized at 67% and Monthly Wage Growth, in deceleration since August of 2016, now appears to be breaking out in a positive direction. Not surprisingly, Consumer Confidence continues to soar, a critical reading for an economy that’s over 60% consumption. All other things being equal, there’s reason to believe that economic growth and corporate earnings can precede interest rates to higher levels and elevate equity prices along the way.

It must be said, however, that equity markets may be ahead of themselves. Following the election of Donald Trump and the realization that the world was not going to end immediately, there developed a certain euphoria among investors. The possibility that the new president would be able to slash onerous regulations, institute tax reform (with tax cuts), repatriate billions of overseas corporate profits, promote much needed infrastructure improvements and actually “make America great again” made many investors absolutely giddy. Their excitement added about 14% to the S&P 500 after his election. Now, with the inability of the new administration and Congress to fulfill a campaign promise to repeal and/or replace the previous administration’s Affordable Care Act, the likelihood of the new president delivering on any of his promises is being seriously questioned. It was certainly a short honeymoon. But, just as the post-election euphoria was unrealistic, so also is the despair following the loss of euphoria. We expect a good bit of volatility during the early days of this year’s second quarter as the market digests the political realities of Washington and unwinds some of the Trump effect.

While it’s true that politics can influence the economy, most of the time the influence goes in the opposite direction. And the economy is moving ahead at a sustainable pace with interest rates following, not preceding economic growth. This is an environment one sees more often in the early to middle stages of a bull market, not at its end. At some point in the future, however, this bull market will end. Fear will replace greed and a bear market will ensue. Fear is a stronger emotion than greed — market sell-offs are much more severe than price appreciation — but greed lasts longer. The average duration of bear markets is measured in months; the average duration of bull markets is measured in years. We prefer to err on the side of caution, but at present there’s no reason to believe that the current bull market — now almost eight years in duration – is nearing an end.

For more information about the commentary found in this newsletter, please contact a member of the investment committee. 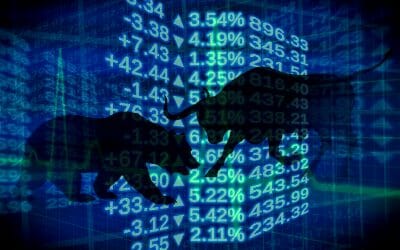 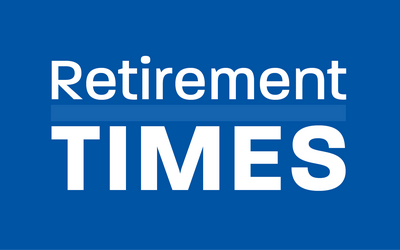