States must do more to address Other Post-Employment Benefit liabilities

Originally published on BondBuyer.com on October 18, 2018 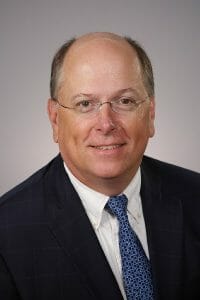 A recent report by Truth in Accounting (TIA), a nonprofit organization that monitors municipal finances, serves as a sober reminder that state governments need to take action now to address the rising cost of healthcare promises made to retirees — or risk credit downgrades.

While the U.S. economy and stock market have recovered dramatically since the Great Recession, the costs of paying for other post-employment benefits (OPEB) – primarily state obligations to pay for retiree healthcare coverage – have outstripped those gains and put pressure on state balance sheets. In its ninth annual “Financial State of the States” report, TIA says state unfunded OPEB obligations increased 7.8% to $663.1 billion for fiscal year 2017. (The most recent year data was available.) In comparison, unfunded pension costs were essentially flat (up a scant 0.6%) at $837.5 billion.

The main culprit for the continuing rise in OPEB obligations is that most states pay for retiree healthcare benefits on a pay-as-you-go basis, meaning they’re paying the minimum amount owed each year and not whittling down the balance. In other words, they’re kicking the can down the road.

Public reporting of those liabilities is about to become more transparent. Under Governmental Accounting Standards Board (GASB) Statement 75, state and local governments must report their entire unfunded OPEB liability on their financial statements for reporting periods beginning after June 15, 2017. While most state and local governments have been reporting OPEB liabilities on their financial statements, some haven’t and, per older GASB standards, reported the liability in the footnotes to the financials.

The credit ratings agencies will be watching closely when the fiscal year 2018 financial statements are released. “Our analysis of these OPEB liabilities is fundamentally unchanged solely due to accounting changes; however, we anticipate that the increased transparency the new statements provide could inform our evaluation of a government’s relative burden and management of these long-term liabilities,” said S&P Global in a March 14 report about the effect of GASB 74 and 75 on financial reporting.

For now, rising OPEB costs haven’t led to an increase in credit downgrades, although in April S&P Global Ratings did drop Connecticut’s general obligation debt rating to ‘A’ from ‘A-plus’. Nonetheless, ratings agencies are paying close attention to OPEB liabilities. In its annual survey of the country’s largest 15 cities, published on Sept. 5, S&P Global noted, “With retirees living longer and pay-as-you-go OPEB spending in many places ramping up in tandem with rapidly rising healthcare costs, fixed costs for pension and OPEB obligations appear poised to remain a front-and-center credit issue across the municipal sector for the foreseeable future.”

A growing number of state and local government finance officials say it’s time to take action. In a May 2 opinion editorial in the Houston Chronicle, Houston Controller Chris Brown summed up the feeling of many government finance officers, saying the city’s pay-as-you-go “approach to funding its OPEB obligation is unsustainable” and that “it’s clear something must be done.” Brown wrote that the city, based on a five-year average, “is adding more than $160 million per year to the unfunded OPEB liability.” In California, controller Betty Yee said the state has made “significant progress” in addressing OPEB liabilities, but that it “will be unpredictable and will remain a paramount fiscal challenge over the next three decades.”

To combat the OPEB challenge, many municipalities have turned to creating OPEB trusts to fund the liabilities. One of the primary benefits of an OPEB trust is that it provides greater flexibility in how the fund’s assets are managed. Funds in an OPEB trust can be invested more like a state pension plan, which allows for a more aggressive asset allocation strategy and a longer investment time horizon. Conversely, pay-as-you-go payments typically are made from government general funds, which usually have strict limits on investment options (such as only being able to purchase risk-free securities like U.S. Treasuries) and which generate minimal returns.

A second benefit of an OPEB trust is that states and local governments can use a higher discount rate when computing future OPEB payments. Higher discount rates, as everyone knows, can result in lower liabilities on the balance sheet.

Lastly, creating a trust to pay for OPEB costs will reassure the credit rating agencies that state and local governments are working to manage rising liabilities. Plus, OPEB trust assets are legally protected from outside creditors.

Creating a pre-funded OPEB trust isn’t without challenges. Government budgets are under pressure to fund everything from building new schools and hiring more police officers to fixing potholes and giving raises to employees. It will take a certain amount of political courage for legislators to approve a budget that reallocates funds from other projects to fund a trust. But government officials need to tackle the issue now — and an OPEB trust is the best option to help ensure funds will always be available to pay for the benefits promised to retirees. 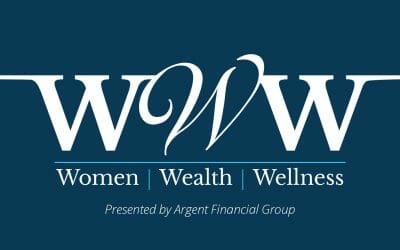