When markets are volatile and emotions are running high – uncertainty needs to be addressed.

What do we know?

The S&P 500 Index, as a proxy for the broader domestic equity markets, has officially entered correction territory, falling in excess of 10% from recent all-time highs. Put in perspective, however, that same index is up almost 200% since the lows established in 2009 during the financial crisis. It is unusual for equity markets to go so long without some material set back.

Widespread investor uncertainty over global growth, sovereign debt levels, and the likelihood of rising interest rates in the U.S. was exacerbated recently by reports indicating the Chinese economy (the economic leader of the developing world) is slowing more rapidly, and perhaps severely, than previously anticipated. It is important to note that most sources indicate the economy in China is still on track to grow at a rate far in excess of most of the developed world- including the U.S., the European Economic Union, and Japan.

We are entering a time of year when low trading volumes surrounding Labor Day and the end of summer vacation as well as a lack of fundamental information tend to exaggerate market volatility. Wide market gyrations are a historical norm and are often the result of technical factors exacerbated by low trading volume rather than economic fundamentals. Near-term, further downside in the equity markets would not be surprising as recent lows are tested for support.

However, this does not appear to be a repeat of 2008. Unlike bear markets in recent memory, we do not appear to be headed into a recession. The Chicago Fed’s National Activity Index, which compiles a large number of economic data points, is nowhere near a warning sign. The U.S. economy is growing. And recent concerns notwithstanding, China’s economy is growing at more than double the pace of the U.S. economy. Finally, the employment outlook continues to improve. The labor market typically shows weakness prior to recessions.

Commodities, including energy, are relatively inexpensive in the U.S. High energy prices have historically been one of the major reasons for economic weakness. With six-year lows in oil prices, this does not appear to be a factor for the time being in the United States.

Most bear markets start from extended stock valuation levels. While this market is not cheap, it is also not excessively valued compared to historical averages on a forward P/E basis.

Finally, central banks around the world continue to be accommodative and are prepared to step in if necessary.

Experience tells us that selling in this kind of market environment typically is not constructive. Weakness in financial markets should be viewed as an opportunity for long-term investors to selectively add quality and diversification to an existing portfolio. In following, long term investors have historically been rewarded for patience and discipline. 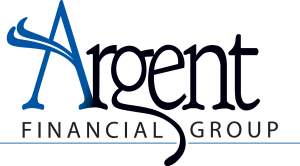 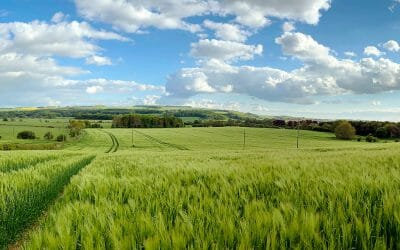