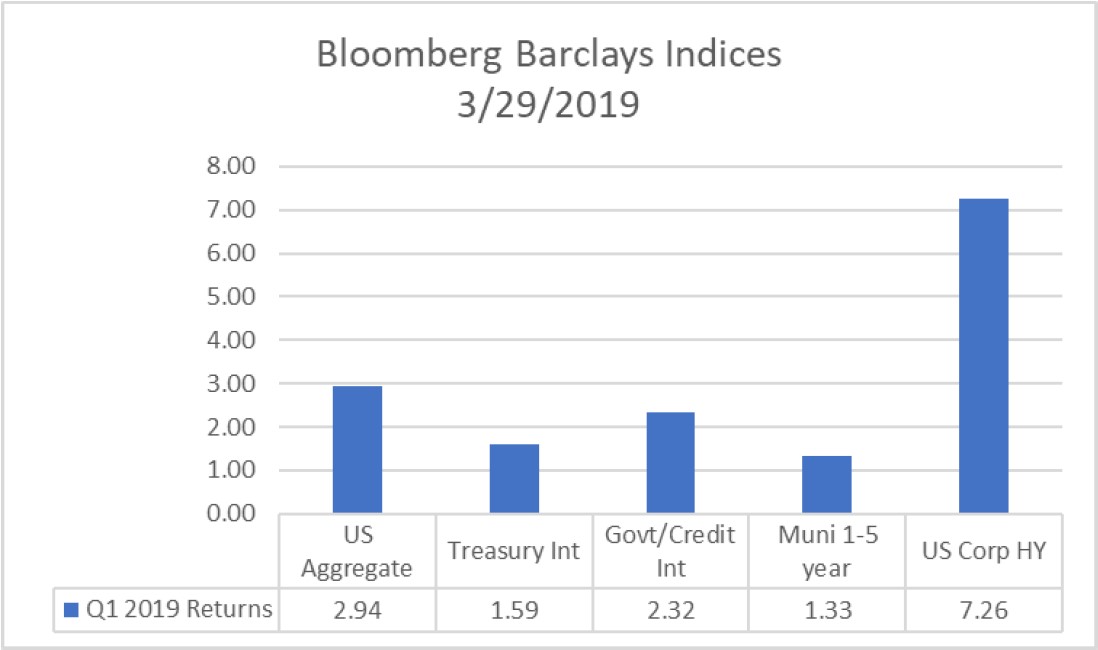 During the quarter the 10-year U.S. Treasury note continued to experience strong demand which carried over from the end of 2018. The 10-year UST ended 1Q 2019 with a yield of 2.40%, a decrease from 2.67% at the end of 2018. Currently, the 10-year Treasury note has the lowest yield in over a year. In addition, the U.S. Treasury (UST) yield curve “flattened” during Q1 2019 as short-term yields rose and longer-term yields declined. The 2-10 year yield spread, an often-cited measure of the slope of the Treasury yield curve, ended Q1 2019 at 14 basis points. That same yield spread was 20 basis points at the end of 2018, hence the term “flattening.” On March 22nd, the 3-month T-bill and 10-year UST yields “inverted”, meaning that the 10-year note yielded less than the 3-month T-bill, the first time since 2007. An inversion of the yield curve has historically been a relatively prescient warning of a potential economic recession, although the duration of the inversion has normally been much longer than a few days. However, by the end of March, the spread between the 3-month T-bill and the 10-year UST was positive once again. 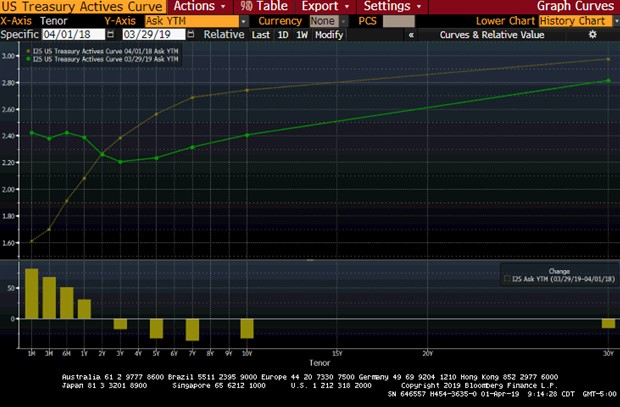 Since the Federal Reserve Open Market Committee (FOMC) meeting in December 2018, the committee has taken a dramatically dovish shift. As a reminder, the FOMC has raised its target Federal Funds rate nine times since December of 2015, with four quarterly rate increases during 2018, each by 25 basis points. At present, the Federal Funds target rate is at 2.25-2.50%. At their March 2019 meeting, the FOMC trimmed the previously forecast number of interest rate increases during 2019, from two to zero, much more accommodative than consensus expectations, and a dramatic policy reversal. In their March statement, the FOMC indicated that they would be “patient” in determining what future “adjustments” to interest rate policy might be needed going forward. The committee continues to forecast a single rate increase in 2020. Of note, the federal funds interest rate futures market is currently forecasting a higher probability of an interest rate decrease, as opposed to an increase, before year-end 2019.

Finally, the FOMC announced plans to stem the runoff of their $4 trillion balance sheet, which is scheduled to end in October (two years after they began unwinding their crisis era stimulus programs). This FOMC decision will ensure a much larger balance sheet and has been widely viewed as an additionally accommodative measure. There will be a taper down in the pace of runoff of Treasuries starting in May from $30 billion per month to $15 billion per month. After September, the $20 billion per month runoff of Mortgage Backed Securities will be reinvested in Treasuries.

Foreign sovereign bond yields were also lower in Q1 2019. The bond rally at the end of the quarter sent the outstanding negative-yielding debt worldwide above $10 trillion, the highest amount since 2017. Below are 10-year bond yields in blue from several foreign countries (sorted from low to high). Note the wide difference between the yield of the bellwether German Bund (the German ten-year note) at -0.07%, which slipped below zero for the first time since 2016, compared to the U.S. ten-year note at 2.40% at quarter-end. This marked disparity in yields is indicative of divergent monetary policies and differing economic outlooks. 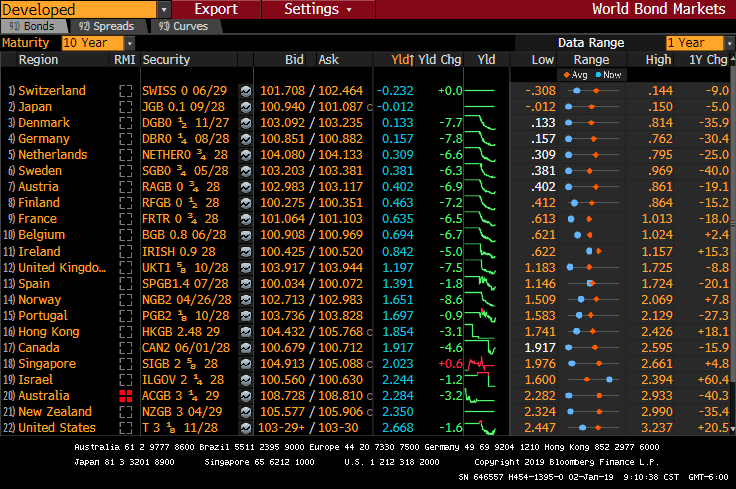 We continue to recommend our core fixed income portfolios maintain high credit quality and shorter durations as longer maturities continue to offer relatively paltry yields. We believe a core fixed-income strategy utilizing high quality individual bonds evenly “laddered” over several years, and replacing maturing bonds with longer maturities, provides a good offset for riskier assets or strategies in a well-diversified portfolio. Along with this “volatility dampening” characteristic, a laddered bond portfolio also provides dependable cash flow and a source of liquidity which may be accessed as more lucrative opportunities arise in other areas of the financial markets.

For more information about this investment commentary, please contact one of the following: 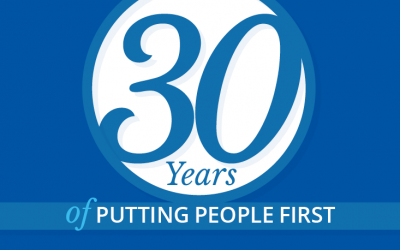 Just two weeks ago, as we entered Election Day, the general consensus among the pundits and the pollsters was that a “blue wave” would sweep across both houses of Congress and the White House. This scenario would create a political pathway for tax increases,...