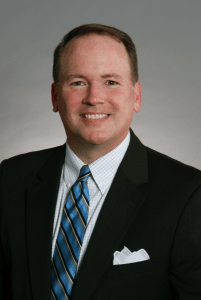 With the election results in Georgia now certified, we now know the ultimate effect of the 2020 elections, with Democrats gaining control of the White House, maintaining control of the House of Representatives by a slim margin and forging a 50-50 split in the Senate. With the Democratic Party now having majority control of the legislative and executive branches, it is important for high net worth and higher income individuals to be conscious of select key tax proposals discussed by the Democrats during the election season that may have an impact on the following aspects of their financial lives if these propositions become law:

1| Income Taxes. As a general statement, when he was a candidate, President Joe Biden suggested his income tax proposals would have no significant impact on households with less than $400,000 in income. However, for those households that do exceed this amount, several changes could occur, including moving them into the top income tax rate. Additionally, as to income taxes, Biden proposed moving the top income tax rate from 37% to 39%. While the Biden plan includes re-instating a few of the income tax deductions that were in place prior to 2017, his proposal does put some limits on these deductions for households with income that exceeds $400,000.

3|  Step-Up in Cost Basis. Under current tax law, when determining the correct cost basis of an inherited asset, the owner uses the value of the asset as of the date of death of the person from whom the asset was inherited. This provision is applicable to all inherited property, regardless of the size of the estate. The process of adjusting the cost basis is known as obtaining a “step up” in cost basis, as normally the new cost basis is higher than the value when the deceased owner first took possession of the asset. This higher cost basis is important as a capital gains tax is usually due when an asset is sold. The tax is calculated on the difference between the cost basis and the actual sales price. The higher cost basis will make the difference smaller, thus resulting in a smaller tax bill being due. Biden has proposed removing the “step up” provision of the current law, which may result in: (1) the new owner having to still use the deceased owner’s cost basis when the asset is eventually sold (thus incurring a larger capital gains tax due to the lower cost basis); or (2) a tax being due at the time of death on the unrealized gain imbedded in the asset (thus resulting in a tax being due at the time of a previous owner’s death that is currently not due). Thus far, Biden has not revealed any qualifiers on who may be affected (e.g. estates of a particular size, only certain assets, etc.), so as it now stands, if this provision became law, all inherited assets would be affected.

4|  Capital Gain Taxes. For those taxpayers with adjusted gross incomes of more than $1 million, the Biden plan would remove the favorable lower tax rates assessed against long-term capital gains (based on the sale of investments held for more than 12 months) and would tax capital gains and dividends at the same rate as ordinary income. This change would effectively double the tax rate on long-term capital gains for affected taxpayers compared to current income tax laws.

As any student of Washington, D.C., politics knows, campaign proposals sometimes never become serious legislative initiatives, or if they do, they look much different in the final versions that ultimately become law. Many political observers believe that combatting the pandemic and stimulating the economy will be higher on the Biden/Harris Administration’s list of priorities than tackling sections of the tax code that affect individuals. Additionally, even though the Democrats have majority control of Congress, the reality is that the moderate and progressive factions within the party are not in full agreement on every issue, so a “party line” vote on each piece of Democrat-sponsored legislation cannot be guaranteed. Thus, Democrats, especially in the Senate, may ultimately have to craft legislation that settles more to the center of the traditional political spectrum if they expect to garner the needed votes from Republicans to pass certain laws.

Knowing these tax-related proposals were formally promoted in the campaign season, it is prudent to monitor the legislative landscape to see if they might become law, even if in a modified version. It is important to consult with your key advisors now to determine if you should take advance steps to reduce the impact of the provisions discussed above or better position yourself to act if any of them do become law. Argent Trust has a full slate of experienced advisors who can counsel with you and advise you on the best strategies for you to implement.

Next Steps:
If you could use tax planning or wealth management advice with respect to the possible changes discussed above, please contact your local Argent professional or call us at (800) 375-4646. We are ready to help.