Wisdom on Wealth: Will your children ruin your retirement? 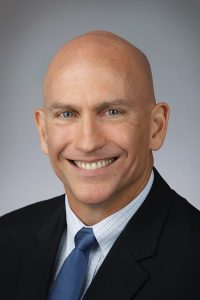 “Mom, I promise this will be the last time. I’ve just had some unexpected things come up and I don’t have money for the mortgage payment. You don’t want me to lose my house do you?”

Laura could feel the all too familiar waves of nausea, anger and anxiety crashing against her heart. She would try to resist, but she knew it was no good. He would wear her down. He always did. And he knew just how to do it.

Her son is 47 and Laura finds herself trapped in a codependent financial relationship that seems destined to sink her financial ship. Whatever she does from this point is going to be painful.

It didn’t need to be this way. But she and her late husband Rob kept telling each other they would deal with it soon. Maybe next year. After the crisis of the moment is over.

He was an only child. They’d wanted to have more, but nature had other plans. So, they doted on their son, lavishing all the love they had for an entire family on their entire family…of one son. He was the center of their universe.

And it didn’t take long before he realized it.

As a child, he learned that he could get most of what he wanted by making his views known, often in the form of a tantrum. His parents told themselves they wanted to be firm, but they usually gave in and let him have his way.

As he got older, he learned that although tantrums worked well with his parents, they often met with an unfavorable reaction in public. He learned that charm was a more acceptable, and often more effective mode of getting what he wanted. So, he learned to charm his parents.

And in those rare moments that charm didn’t work, a scaled down version of a tantrum, pouting, was a very effective next step. His manipulation success rate was nearly perfect.

In the eighth grade it was a party he wanted to have, bigger than anyone else’s ever. His parents agreed to that.

He talked them into a new car the day he got his driver’s license. At first, they suggested an economy car as a starter. “Oh my god! I would never be seen dead on campus with that piece of junk! Forget about it. Just drive me everywhere. You don’t love me!”

He got the Camaro.

He drank and partied his way through four years of a $50,000 a year private school. It was where all his friends were going.

He spent a few years living at home with mom and dad after college. They finally convinced him to move out before he was thirty, but only with the promise they would help him with rent. The part time job at the golf course just would not pay enough to cover rent and support his lifestyle.

Now in his late 40’s, he is divorced, thankfully childless and moves from sales job to sales job with great regularity (better opportunities). But none of them have ever seemed to be sufficient to ween him from his parents’ financial breast.

Now Rob is gone and Laura is literally funding her adult son’s lifestyle from her dwindling retirement savings. She feels helpless to stop.

Rob and Laura’s is an ugly, extreme story. But I’ll bet someone came to mind as you read it.

Of course, there are situations in which the ongoing financial dependence of an adult child is entirely unavoidable. Special needs adult children come to mind. If you are the parent of a special needs child, you deserve a medal not a scolding.

Next week we’ll look at some strategies you can use at every stage of life to prepare parent and child alike for the financial separation that should come with adulthood.

You can get a sneak peek by requesting my free “Money Tips for Parents and Children.” It’s free for the asking. Email me at bmoore@argentadvisors.com.