Why You May Need a Pro Trustee: Trust Administration is Not Just Common Sense

Originally published on Kiplinger.com on January 14, 2019 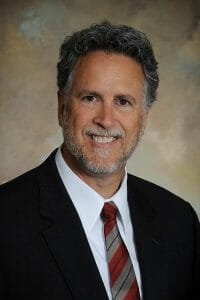 As an officer at a trust company, I often find myself defending the use of a professional trustee to attorneys and prospects. Typically, criticisms of trustees center around fees, locality and beneficiaries’ perceived lack of access to funds and to the administrator.

Occasionally, though, I hear this challenge: “Trust administration just isn’t that difficult.” The reported court cases between unhappy beneficiaries and equally unhappy related trustees indicate otherwise. Here’s a story that illustrates how common-sense solutions can lead to unanticipated consequences that professional trustees know to avoid.

A retired attorney (let’s call her Betty) is in search of a successor trustee. Betty’s parents had identical estate plans with trusts for Betty’s two siblings (let’s call them Jack and Jill). Betty, whom her parents viewed as the responsible one, received her share in each estate outright, but since the second of their parents passed away eight years ago, Betty has served as trustee for two separate trusts apiece for Jack and Jill. It’s not uncommon for parents to want to control an inheritance for a seemingly wayward child.

The four trusts are close in value, with about $550,000 in each. The trusts are identical in that the trustee has the power to pay from income and principal each year for the beneficiary’s health, maintenance and support, but with no requirement to distribute anything. Betty has served diligently for eight years, keeping records of all her actions, without collecting any fee or even any reimbursement for her expenses. Betty declined to collect a fee because she felt that her siblings resented her service and the trusts enough without having to pay her, too. But now Betty is tired and wants to quit dealing with all this work.

When I reviewed the trust agreements, it was clear why Betty had not merged Jack and Jill’s trusts into one apiece. Their mother had executed an amendment to her estate plan after their father’s death that made that impossible. Under the father’s plan, when Jack and Jill each passed away, the trust passed only to their descendants. But the mother, feeling that Betty had gone above and beyond for her, executed an amendment providing that when Jack and Jill each passed away, the mother’s trust for each should be divided again among her surviving children, which meant another possible share for Betty and the likelihood that Jack and Jill’s children would get much less benefit, if any, from the trust.

That change put Betty in a precarious position as an interested trustee, because she can make decisions about her mother’s trusts that could either put additional money into Betty’s pockets someday or diminish Betty’s share. Of course, Betty only receives a share if she survives Jack and/or Jill.

Betty took it one step further. Whenever she makes a principal distribution to Jill from her trusts, she then makes an equal distribution to Jack from his trusts, regardless of whether it is warranted. Betty figures this is fair because keeping the trusts equal will ensure that she gets about the same amount from each of her mother’s trusts. Over the years, all four trusts have stayed essentially equal relative to when they first divided.

Although Betty’s decisions all seem fair and prudent, they may possibly be a breach of trust that can result in a judgment that Betty caused a loss that she must replace from her own assets.

Let me explain: Jill has few other resources. Each year, she spends every trust distribution of income and principal she receives just to get by. Also, Jill has been the only beneficiary who has ever requested an additional distribution, which she does several times a year. At Jill’s death, Jack will receive an additional share of one of Jill’s trusts, if he survives her.

Jack, on the other hand, has substantial resources and retirement income. He has been accumulating both the income and principal he has received from his two trusts in his own investment account, spending only as needed to pay his taxes. If Jill survives Jack, she will receive a share of one of his trusts at his death. However, Jack has steadily been given funds from that trust that presumably will benefit only his spouse and descendants, not Jill.

So, while Betty has tried to be fair to Jack and Jill, she has essentially been undermining the trust assets that may eventually pass to the ultimate beneficiaries of Jack’s trusts by distributing funds unnecessarily to Jack. Under Jack’s control, those funds could pass under his Last Will to anyone he chooses, such as a new spouse and stepchildren.

Trust administration requires more than common sense, and the trustee’s duties to the beneficiaries require a keen consideration for objectivity and loyalty. Corporate trust officers are trained, credentialed, supervised and audited to ensure that the multitude of policies and procedures are followed and provide a proper — and defensible — result within the trust’s terms and the standard of care for ethical and prudent administration.

There’s a lot of gray area there, and the consequences of a breach of trust — even inadvertently — can be a financial nightmare for an individual trustee just doing her best.