What are negative interest rates and why should I care?

Originally published in the News Star and the Shreveport Times on Sunday, April 24, 2016.

Question: I try to keep up with financial news a little, and I keep hearing about something called negative interest rates. What are they and do they have anything to do with me? 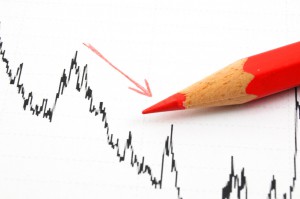 Answer: When my now (almost) 90 year old father opened his first savings account as a young man in a small bank in Mississippi, the banker smiled broadly at him while extending his hand to shake and announced ceremonially, “And the best part about banking with us is that we won’t charge you a dime to keep your money here!”

That was friendly home town banking in rural Mississippi in the 1950s. No charge to keep your money with us. You’re welcome.

My father went on to become an astute and savvy businessman, but in those early days it didn’t cross his mind that they were supposed to pay him to keep his money there.

I don’t think we’re about to regress to 1950’s good-ol-boy banking, but the world is certainly in uncharted economic territory.

The game is being played higher up the food chain.

For a lot of reasons, economies all over the world have slowed down or even stalled. Without economic growth, there can be no prosperity. We go backwards and that causes a world of problems for everyone.

What’s needed is for economies to get moving again. Businesses need to invest, consumers need to spend and the virtuous cycle of creation and consuming continues to everyone’s benefit.

Unfortunately, after a tech bubble that burst, a housing bubble that burst, a financial crisis, two bear markets and a massive run-up in government borrowing, world economies are acting like reluctant attendees at a junior high dance. Everybody knows what everybody wants, but nobody wants to be the first one out of their chair to walk across the room and ask for a dance.

That’s where the principal comes in. He can’t make the kids dance, but he can fold up some of the chair they’re sitting in.

Central banks all over the world (the principal!) have tried to “stimulate” their economies by flooding the world with money. They call it quantitative easing. The man on the street often calls it printing money. That’s not exactly accurate, but it captures the spirit – central bankers are pushing more funds into their own country’s banks, in hopes that those same banks will lend the money to businesses and consumers, thus “stimulating” economic activity and financial salvation.

Unfortunately, the kids just ain’t dancing. They’re still sitting in the chairs on either side of the room. Instead of lending it, bankers are just sitting on the money – it is piling up on their balance sheets, too much of it going un-leant.

So….time to take away some of the chairs. Make things uncomfortable for the would-be dancers. I mean, if I’ve gotta stand up, I might as well go ask that cute girl to dance…

Bankers hold huge amounts of the un-loaned deposits on their books in their respective nation’s central banks. Historically these central banks have paid their own country’s banks some interest on this money (miniscule as it might be at times). Now some central banks (the Bank of Japan being the most prominent) have begun charging the banks money to keep their money at the central bank. Suddenly, it’s no longer free for the banks to tread water economically – it will cost them something.

This charge is what create the negative interest rate. It is the principal taking away chairs at the dance.

In theory this is supposed to encourage banks to lend their money, rather than having to pay their central bank just to keep it there.

It’s not yet working out like they thought it would in Japan. Loan growth is not accelerating. The Japanese central bank is finding out the economic participants dislike the current economic risk they perceive more than they dislike paying a little to store their cash.

No one is charging you for the privilege of depositing your money, but as today’s savers are painfully aware, no one is paying much to do so either. This is the primary reason you should care. Not that anyone will ask you to pay a negative interest rate any time soon – but neither will they pay you much of one either.

In other words, all this economic stimulation going on is being done on the backs of savers world-wide.

Central banks will continue doing what they can to encourage their respective economic participants to dance.

Hopefully they’ll find what junior high principals have known for years – as time passes and nature takes its course, you won’t be able to keep the dancers apart.

But until they are good and ready – good luck getting them to budge.