Originally published in the News Star on Sunday, November 8, 2015

QUESTION: I made a big mistake earlier this year by not being aggressive enough with my portfolio. I intend to correct my mistake. Would you advise getting back in?

ANSWER: Nope. Not the way you mean. 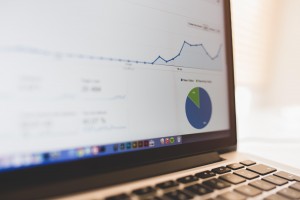 In 1813, US Naval Admiral Oliver Hazard Perry defeated the British fleet in the Battle of Lake Erie. After his heroic victory, he wrote to his superiors, “We have met the enemy, and they are ours.”

A century and a half later, cartoon character Pogo the possum borrowed from the Admiral and quipped, “We have met the enemy and he is us.”

I’m afraid like most individual investors you tend more towards Pogo than Perry.

The stock market sloshed along for much of the first half of the year until hitting a patch of news it didn’t like in the late summer. Whether it was China’s slowing economy, slumping oil prices or yet another Republican throwing his hat in the presidential race (one for each state of the union?), markets fell out of bed. The S&P 500 lost over 10% of its value in two weeks during August. After one false start in trying get back up, at the time of this writing, the broad markets have reclaimed most of ground they lost earlier this year.

Absent your ability to do that (or any other kind of investment alchemy I constantly hear about), my best advice is to stop speculating and become an investor.

Speculators fancy themselves as a member of Ocean’s 11, suavely gliding into some investment house casino, slipping off a $500 pair of sunglasses and placing a winning bet on when the stock market is about to roar off the launching pad, pierce the clouds where the capital gains gods live and cause it to rain down riches on your head.

This does not happen. You don’t even believe it when it happens in the movies, so why buy into this myth with your own money?

Each year Dalbar updates its annual “Quantitative Analysis of Investor Behavior” report. The 2015 update reveals that over the most recent 20 year period, the average equity fund investor earned about 5% on the money. Yet the very funds in which they were investing earned an average of nearly 10%.

How can that be?

By doing just what you are about to do. You made an investment decision to accept a certain amount of risk. Then when the broad stock market, which is chock full of risk, has a roaring month (30 days mind you!), you get all excited and announce you’re about the get back in the market…after it’s gone up.

Do you want to stop being your worst enemy and give your portfolio the best shot possible to make money for you?

Stop being a speculator. Accept the fact that long-term, patient investing strategies have provided investors the best avenues for creating wealth by participation in financial markets.

It isn’t quick. And it takes real patience and perspective.

Just don’t let your enemy talk you out of it.