Originally published in the News Star and the Shreveport Times on Sunday, January 22, 2017.

Q: I am getting on up there in age and my children want me to put my assets in a trust. They say it will protect me and also keep the government from taking my money if I go into a nursing home. Is that true? Is it worth it? Sounds like a lot of trouble to me.

A: It is a lot of trouble. The question for you to answer is…is the trouble worth it?

Every time we put a new president in office, a phrase re-emerges into the popular lexicon that we haven’t used in four to eight years…”blind trust.” 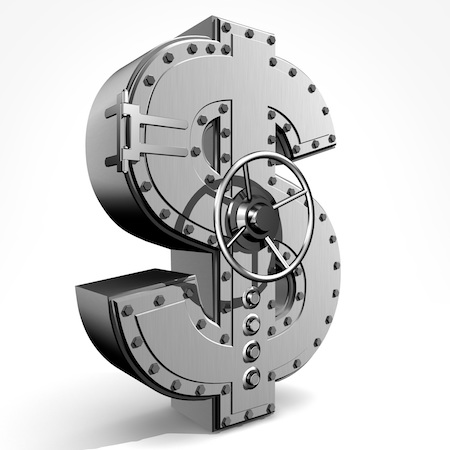 Since presidents tend to be powerful, well connected people, they tend to have accumulated ownership in companies that deal directly with the federal government (like a defense contractor). Traditionally, new presidents or other high ranking officials in an administration will place their assets that might cause a conflict of interest in a “blind trust.” A blind trust is run by a trustee who sells the assets placed in the trust and manages the proceeds in a manner unknown to the politician.

President elect Donald Trump explained in Forbes why he won’t be using a blind trust, saying, “They don’t want presidents getting tangled up in minutia. They want a president to run the country. So I could actually run my business. I could actually run my business and run government at the same time. I don’t like the way that looks, but I would be able to do that if I wanted to.”

So that’s Donald Trump. But what about you? Why might someone recommend you place your assets in a trust?

But I think I know what you (or your children) meant. If you go into a nursing home, that will be a significant expense to you – just this week I had someone in my office quote a figure of $5000 per month they were paying. Sixth grade math will tell you that’s $60,000 a year, or $600,000 over ten years.

So it is entirely possible for someone to enter a nursing home with plenty of financial assets, and be broke before they leave or die.

If you enter a nursing home already broke (or at least divested of most of your financial assets), state funded Medicaid will pay your nursing home expenses. That may be what your children are encouraging you to do – remove your assets from your name and put them in the name of a trust.

I am oversimplifying and generalizing here, but if you do so (and follow the rules), you can effectively remove assets from your name so that Medicaid would pay for your nursing home care if that day came. But you’ve got to do so a full five years before you apply for Medicaid benefits.

There are definite pros and cons of this approach and you should do nothing until you talk with an experienced elder care attorney.

There is another word you need to keep in mind when it comes to one of these trusts – irrevocable. Once you place your assets in this trust, they are there to stay. I won’t say there is absolutely no way such an arrangement can be unwound, but it will be troublesome and require the payment of some legal fees to do so.

I spoke with one woman who was losing sleep because she thought the only way she could preserve her estate was to place it all in an irrevocable trust. In her specific situation, it turned out a trust was not necessary. When we gave her that news it was like someone had said, “Your cancer is cured! You don’t have to have the operation!” She got teary eyed.

The very next day, I heard about another person who was losing sleep because she couldn’t get her assets in a trust fast enough. For her, the issue was not control but comfort. She felt so much better knowing her assets were in the trust, safe from whatever she perceived were the dangers facing it.

Trusts may be used to blind you (if you’re a President) or bind you (remember, this kind is irrevocable). In either case, they are not easy to unwind.

So work with a qualified elder care attorney and make sure you know all your options.

Irrevocable is a long time…trust me.