Stages of an entrepreneur’s life

Stages of an entrepreneur’s life

Originally published in the News Star and the Shreveport Times on Sunday, September 24, 2017.

Q: We started a business a few years ago. It was rough at first, but we finally got our act together. We’re making plenty of money now, but I’m feeling restless. I can’t imagine walking away from what I’ve built, but frankly I’m a little bored. What have you seen others do in this situation? 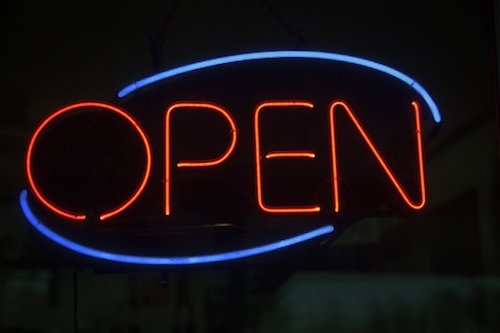 But I’ve seen a few do some significant things, and I think they are the happiest with their choices.

Our lives, whether personally or professionally, inevitably go through stages. It’s part of being human. You may recognize that you are in one stage or another, but it’s probably healthy to assume that you are also moving…either forward or backward.

I’ve observed that there are at least six stages that entrepreneurs may go through. These stages are certainly not inevitable, and it is just as possible to regress (backwards) as it is possible to make progress form one stage to the other.

Start up. You come up with a great idea that keeps you up at night. The opportunity is huge. You manage to convince partners, employees and financial backers that this idea is worth their time, money and energy. You launch.

Struggle. No sooner have you launched your endeavor than you hit a wall of resistance. Despite your best efforts to anticipate problems, new unforeseen obstacles appear – competitors arise, suppliers evaporate, costs escalate, employees leave, laws change, hurricanes happen. Some quit and give up at this point. But you didn’t. You persevered through the struggle until you reached…

Survival. You made it through your first major crisis. Any business owner I’ve ever worked with has “the story.” It’s their story of their first big crisis that nearly took them under. Looking back, they not only survived the crisis, but in many ways the crisis made them stronger. The very act of survival set them up for what would come next…

Success. You are no longer the new kid on the block or the start up that everyone wonders if it will survive. You’re now a player. No one expects you to go under. In your market, you are considered one of the success stories. In fact, others may now be copying you, emulating your success, wanting to be like you when they “grow up” entrepreneurially.

If only they knew, right?

Many, many business owners never get beyond the Success stage, living every day with the fear that they will slip back into the stages of Struggle and Survival. But a few establish themselves long enough in the Success stage that they can actually experience…

Satisfaction. From the outside, everyone assumes that when a business owner experiences Success, they also experience Satisfaction.

If only it was so.

Satisfaction requires a certain inner peace that the enterprise you’ve built is not only sustainable, but significant. It matters. It helps people, even if in ways almost no one but you can see. But this is your inner peace we’re talking about here, so there’s not really anyone else you’re trying to convince.

Just your toughest critic. You.

Stewardship. Few reach this stage, but all that do experience a deep satisfaction rarely experienced in this life. The enterprise you built—no, to which you gave birth!—is now a significant entity, with importance not only to you and your family, but to your many employees and to the community in which you live.

As corny as the term “pillar of the community” may sound, it came from somewhere. It came from an understanding that some businesses become so significant to a community that they actually help define it.

A number of businesses come to mind – an air conditioning contractor, a builder, a bank, a hardware store, a tire store, a clothier, a plumber, a pharmacy, a medical clinic.

Success is great, but its satisfaction has limits.

Set your sights on the significance of stewardship to open your eyes (and your heart) to new levels of entrepreneurial enjoyment.