When seeking advice follow the money, but focus on trust

“Should you always look for a fee-based financial planner?”

Originally published in the News Star and the Shreveport Times on Sunday, November 26, 2017.

Answer: When it comes to money, no one is unbiased. 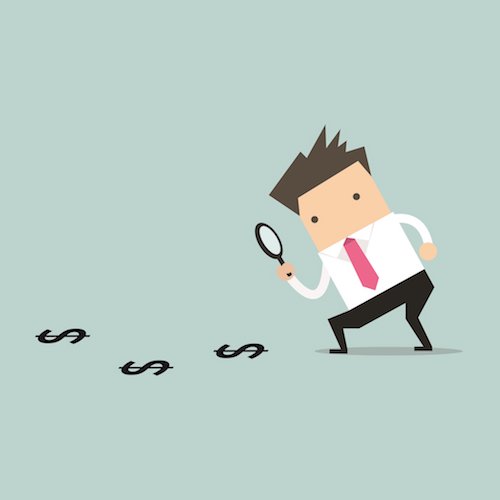 But the person who gave you that advice is on to something.

In All the President’s Men, the movie version of the Watergate scandal of the Nixon-era White House, a shadowy, secretive figure advises investigative reporter Bob Woodward (played by Robert Redford) to “follow the money.”

That’s also good advice when considering whom to select as your advisor to grow, protect, manage and enjoy your lifetime wealth.

Again, when it comes to money, no one is unbiased. Would you leave your job for another making less money? Yes, you might, but it would at least be a major consideration, wouldn’t it?

In the same way, the person you select as a wealth advisor is highly motivated by how they are compensated. Anyone who tells you differently is either not being honest with himself, you or both. That does not mean that compensation is the only factor. But it is a factor.

So be up-front about and deal with it in a way that seems fair to both sides.

Commission based compensation. Once upon a time, 99% of the financial advice offered to the public was done on a commission basis. A commission is an amount of money earned per financial transaction. So in the old days, a stockbroker would call you up with a recommendation to either buy or sell; the broker made money no matter what you did – unless what you did was nothing.

So if you follow the money, you realize the broker has a built-in bias towards clients that are willing to trade stocks and bonds frequently.

Asset fee-based compensation. Over the last 20 or so years, paying an advisor based on the amount of assets being managed has come into vogue. So if a retiree comes to an investment manager, that manager might agree to manage the money for a fee of, say, 1% of the assets. So a $500,000 account might have a 1% fee–$5,000–charged against it annually. Typically, an account being charged an asset management fee would not also pay that same person a commission per trade, but there may be other fees involved, such as underlying fees charged by any mutual funds being used.

So if you follow the money, it’s easy to see that the asset fee-based advisor is looking for clients who have large accounts, whether or not they trade frequently.

Flat-rate fee compensation. Some advisors simply charge a flat fee, not based on the assets being managed, nor the frequency of the trade. At first blush, one might think this is the perfect blend since you don’t get charged more either for the growth of your account or frequency of trading.

But again, follow the money. You’ll find that flat-rate fee advisors tend to work only with very wealthy clients. One firm I know of charges $5,000…per quarter…as a retainer! Nice work if you can get it, but not a good deal for the average Joe.

Hybrid compensation. And then there are combinations of all of the above, with some advisors charging asset management fees, collecting commissions for some transactions (though rarely both on the same account – it’s usually one or the other) and assessing flat-rate fees for certain projects.

If you follow the money, you’ll see that advisors are like any other human being. They are motivated to act in their own best interest economically. That does not mean they will all violate their consciences to make more money, but it does mean they are going to seek clients that fit what they enjoy doing most – be it transactions, fee-based asset management or some combination of both.

When I hear some advisors they are “fee-only” planners or advisors, I wonder how many people recall that Bernie Madoff, the perpetrator of the greatest Ponzi scheme in history, was also a fee-based money manager. His fee arrangement didn’t make him a crook, but neither did it rescue him from his criminality.

It is important to know and discuss openly the compensation arrangement you have with your wealth advisor.

But even more important than the way you compensate him is the degree to which you trust him.