The power and peril of compound interest

Originally published in the News Star and the Shreveport Times on Sunday, February 12, 2017. 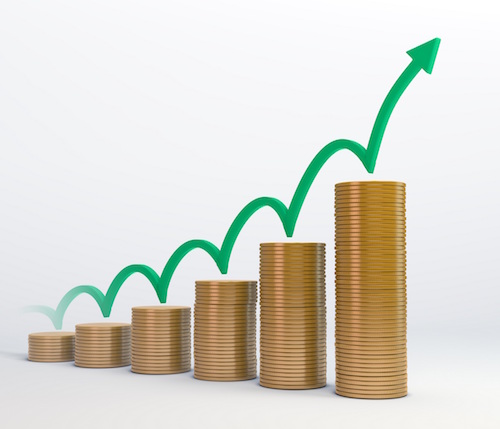 I’m talking about compounding interest, something Albert Einstein is often credited with calling “the eighth wonder of the world.” That’s probably an urban legend, by the way. A bit like Abraham Lincoln always complaining that his Twitter account kept getting hacked.

What we do know about compound interest is its power over long periods of time.

Let’s suppose Justin decides to save $300 a month. Each year he gets a 3% raise, so he is able to increase his monthly deposit by the same 3%. So in year two, he can save $309 a month; then $318 per month in year three and so on. Let’s optimistically assume he finds a mutual fund that earns him 7% per year.

When Justin is 64 years old, one year before his planned retirement, he opens his account statement to see what he’s been working towards all his life – he has his $1,000,000. It took him 39 years, but he made it.

What can we learn from Justin’s story?

Temperament. You’ve got to have a long-term, disciplined approach for compound interest to work in your favor. If you procrastinate, or are easily discouraged by market fluctuations, the whole program will break down for you.

I recall a conversation I had with one prodigious saver in his late 40s who told me he had saved so much money that his entire earned income was going to pay the taxes on his investments. While this was an extreme case, it illustrates how taxes actually grow as a problem when you have an increasing amount of taxable investments.

For this reason, many turn to tax deferral accounts (IRAs, 401Ks and annuities). But it’s important to realize this isn’t making the tax problem go away, merely deferring it to a future date. Many hope their taxes will be lower in that future, but there is no guarantee that will be the case.

Our national debt is fast approaching $20 trillion. Our federal government spends $500 billion more than it takes in each year. I’m not making a prediction, but it is at least a possibility that somebody is going to raise taxes some time to deal with this issue.

Yes, compound interest has significant power and potential over time. But you’d better also be aware of its side effects and have a diversified strategy of how to deal with them.