Originally published in the News Star and the Shreveport Times on Sunday, February 19, 2017.

[/vc_column_text][/vc_column][/vc_row][vc_row][vc_column width=”1/1″][vc_column_text]Q: Being somewhat late to the retirement preparation game, I’m trying to put as much as I can into a rather aggressive set of mutual funds so as to maximize my return. I still have twenty years or so to go, but I kind of just got started. What else do I need to be thinking about?

A: Playing the entire game and finishing well. 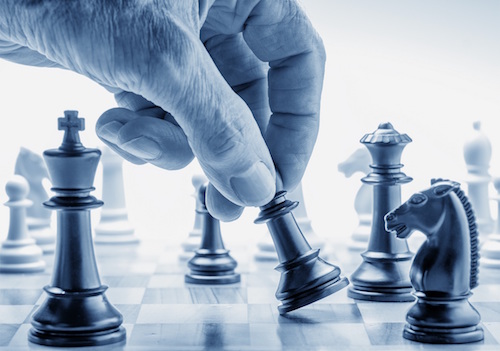 Two weeks ago, 111 million people watched the Atlanta Falcons play 3 really good quarters of football against the New England Patriots. Unfortunately for them, the game lasted four full quarters. And an overtime. Looking dominant in the first two quarters, and still confident after three, the Falcons allowed the Patriots to claw their way back to tie the game by the end of regulation play.

In overtime, it only took eight plays for quarterback Tom Brady to take his team 75 yards to score the winning touchdown. The Pats were victorious. The Dirty Birds were gassed.

It doesn’t matter who is in the lead after one, two or three quarters of a football game. It only matters what the score is at the end of the game. Not a bad financial lesson to remember.

Whether in football, a foot race, a military battle or a financial life, it is the amateurs that start out at a full sprint. The pros understand that winning is about position, pace and power. In that order.

You’ll be ahead at the end of three quarters, only to lose the game.

So what do I mean by position, pace and power?

Position. The first thing a master chess player does is put all his pieces in position to protect his own king and put the other player in check mate. There is a constant awareness of playing both offense and defense. Moves are being made with both the beginning of the game and the end of the game in mind.

So “position” means to strategize with a comprehensive financial plan, protecting yourself and your financial assets now and in the future, and coordinating your assets so as to maximize their productivity later (at the end of the game).

Pace. Pace means to maximize the amount of your assets with a savings and investment plan. This is what it sounds like you are intent on doing now, but perhaps without an appreciation for the length of the race. This is where the inexperienced believe they need to start, naively skipping the “position” phase. If this is you, go back. You’re not saving yourself time, but costing it when you can least afford the loss.

Power. Power means to optimize with a retirement income plan. For most of us, the purpose of a financial plan is to attain financial independence – that state in which we go to work because we want to, not because we have to. Work becomes a choice, not a chore. We no longer have to work, because our money can work for us.

Few who are not retired appreciate how wide the gap is between accumulating assets and turning those assets into income during retirement. Spend too freely from your pile of assets and you may run out of money during retirement. But if you are not able to generate a sufficient income in retirement, are you really financially independent?

Power is the natural result of proper positioning and patient pacing. Power should result in a balance of sufficient income, sufficient liquidity and sufficient safety nets to let you sleep well at night. Power is what the whole game is about.

If you want to run with the rest of the amateurs, sprint your guts out and forget how long this race really is.

But if you want to play the game like a pro, prioritize these practices: