How much money is enough?

How much money is enough?

Originally published in the News Star and the Shreveport Times on Sunday, December 10, 2017.

Question: How much money is enough? And can you ever have too much? I know people who have more money than they’ll ever spend and yet they are still not happy. So what is the right amount?

Answer: How much money is enough money? 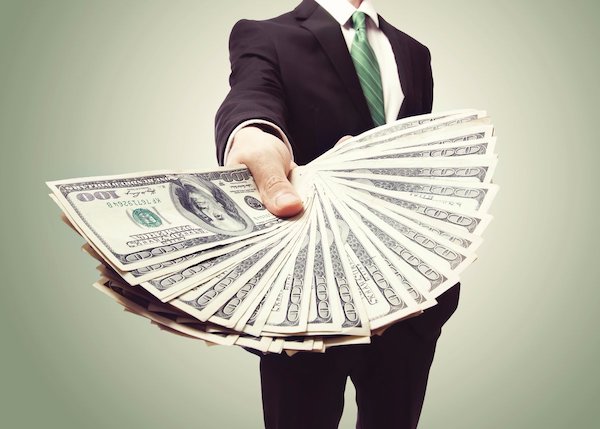 For John D. Rockefeller the answer was “just a little bit more.” At the peak of his wealth, Rockefeller had a net worth of about 1% of the entire US economy. He owned 90% of all the oil & gas industry of his time. Compared to today’s rich guys, Rockefeller makes Bill Gates and Warren Buffett look like paupers.

And yet he still wanted “just a little bit more.”

Before you can know how much is enough, you’ve got to define “enough.”

“Enough” isn’t just an amount. It is also an attitude.

Money is wonderful as a tool, but it’s terrible as a tyrant. And therein lies the difference. What is it that you want out of money?

Money can be a means to many wonderful things. In this sense it is a tool.

The only thing that makes this exchange possible is money. By agreeing to buy a thing or a service with our money, we are really exchanging a certain amount of our own time, energy, work and ideas with someone else – someone we likely will never meet, but with whom we have now had an economic exchange.

Unless you come from a family with a lot of money, you likely started out wanting money to pay for some very basic things – you wanted to make sure you had enough money for shelter, food, transportation, healthcare, etc.

From such humble beginnings, it’s hard for most of us to imagine ever reaching the place where we become financially independent. That is what I would call “enough.”

And if that’s hard to imagine, it’s even harder to imagine having more money than you could ever spend.

But in my work I see it all the time. The specific amount varies person to person, but there comes a point where the increase in the amount of one’s wealth is of little use to them. They can’t (or do not wish to) spend the additional money.

Money as a symbol of worth. But for many, money is more than just means. It is meaning itself. It is not so much a tool as a title one takes on. It is not an instrument, but an identity.

If you fall for the trap of allowing money to become an identity that measures your worth, you’ll pay a steep price. Because you can never have enough. How much money does it take to prove you are worth being liked, loved and valued by others?

When money becomes a symbol of worth rather than simply a storehouse of wealth, it has switched places. Rather than being your servant, it is now your master.

And you’ll find it is a master you can never truly satisfy.

When you let your wealth define you, you never have enough.

Q. What led you to Argent and what makes it unique? A. Towards the end of 2018, an employee in Argent’s Shreveport office (who I previously worked with at another firm) recommended Argent to myself and another former colleague in Baton Rouge. After several emails,...