Originally published in the News Star and the Shreveport Times on Sunday, December 31, 2017.

Question: Like most people, I make New Year’s resolutions. Some I have actually kept long-term, but most have been pretty short lived. What do you think is the secret of keeping your resolutions – especially the financial kind?

Answer: I have no idea how many dieting books, fitness club memberships or getting-organized supplies are sold during the weeks just before and just after New Year’s Day…but I suspect it’s a big number. 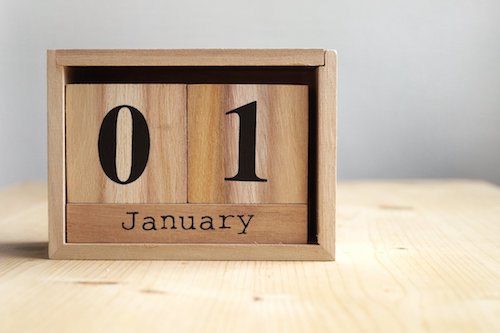 Something about a new year suggests a clean slate – a fresh opportunity to do it again, only this time get it right!

Well, whether it is the coming of a new year, turning one of those ages with a zero after it (like 40 or 50) or just looking down and realizing you can no longer see the scale beneath you due to your own plump belly, something is telling you it’s time to make some changes.

If you decide you are serious about making long-term and lasting change, I have a suggestion: focus more on habits than goals.

Goals are markers out in the future that will either be reached or not. If you don’t reach your goal, you’ve “failed.” If you do reach your goal, then what? Often, it means you quit doing the things that got you to the goal. Either outcome – failure or success – tends to rob you of motivation to keep going.

The problem with goals is that they may be achieved (or not), then abandoned.

On the other hand, a focus on habits means making daily changes that make a difference over time.

Think about how we most often approach reaching a goal. Suppose you set a goal of losing 30 pounds by summer. So you go on the grapefruit diet, or you start counting calories (or macros), or you eat specially prepared diet food in a box sold to you by a weight loss company…there are lots of ways to lose 30 pounds by summer.

But they all involve becoming a different person than you are today, for a temporary period of time, in order to achieve your goal. Then what happens? I don’t even need to tell you, do I?

Waaaay too often, those 30 pounds find their way home and resume residence around your waistline. Every one of the diet programs out there offers a “maintenance plan” once you reach your goal. But do you know anyone who’s actually stuck to it?

The problem is that, although you may have reached your goal, you never really changed. Once the “goal achievement period” was over, you rebounded to become that person you really were all the while.

Habits, on the other hand, are by definition neither short-term nor temporary. They are who you are. Or at least whom you want to be.

That’s why the process of habit-forming is slow, deliberate, step-by-step and highly effective at creating long-term change. Habits must be honed, so that they may eventually be hard-wired into who you are. They alter your internal identity.

You can’t fake or shortcut a habit.

That is why I say the most determinative thing that can happen in one’s financial life is instilling the two-sided habit of living within your means and saving money (I suggest 15% of gross income as a starting place). When you live within your means and save 15% of your income, good things happen. And bad things get prevented or cut off before they cause long-term damage.

Good habits, financial or otherwise, have no end point but keep producing fruit far beyond what the practitioner could have imagined when she first began the habit.

If you just want a little short-term change, go ahead and set a goal.

But if you want true long-term change, beyond what you may now be able to imagine, focus on changing your habits.