Originally published in the News Star and the Shreveport Times on Sunday, September 18, 2016

Question: I’m trying to get my brother to go see a financial planner. He makes plenty of money but I think he spends even more. I’m always having to bail him out of one financial mess or another. He usually pays me back, but that’s not even the point. I know he could be fine if he just got some discipline and got on a plan. Can you recommend a financial planner for my brother to see?

Answer: Sure – one that I don’t like very much.

At least once a month someone says to me almost the very same thing you just did – they know someone that “needs my help.” 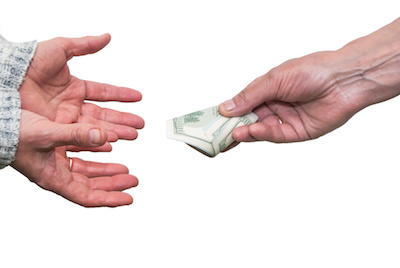 They go on to describe some version of the same story, with slightly different circumstances. But the center of attention of is always a brother / sister / friend who struggles with finances, suffering woes of their own making. Their problems can be traced back to over-spending, under-saving, speculation or some version of failing to face reality.

I’m usually treated to a heart-felt tale of years and years of trying to help, only to be met with indifference (or even hostility) by the object of their efforts. Until yet another crisis comes along, when help is sought by a now suddenly-penitent brother / sister / friend, accompanied by promises of financial reformation.

Once you fork over the pled-for cash and their problem is kicked down the road yet again, they go back into indifference mode and become deaf to your pleas to reform.

Your brother needs a financial planner. The problem is, he doesn’t want one. And don’t kid yourself if you happen to catch him at one of the those financial pain points and are able to talk him into agreeing to go see a financial planner. He’s going because you make him, perhaps as part of a deal to give him more money.

Until an individual engages in the financial planning process out of self-motivation, no amount of force feeding it to him will work or help (in the long run).

And guess what the enabled does then? He goes and finds someone else to take from.

I know this won’t be easy to hear, and even harder to do, but here’s what I suggest:

Be honest with yourself about what you have been doing (enabling) and what your brother has been doing (manipulating and taking from you, and probably others, too).

Draw financial boundaries. Easier said than done, I realize. But if you want to save yourself (and maybe… maybe…your brother), decide now that you have given your last dollar to your brother. Even if he’s late on his bills. Even if he loses his car to repossession. Even if he says he’s about to lose his house.

Because if you don’t make that kind commitment to yourself, a skilled taker (like your brother) will simply keep pushing the boundaries until he finds your breaking point.

Honestly, if you draw this financial boundary line and stick to it, your brother may declare that you no longer love him and go find someone else to be his patsy. If this occurs, I am sorry, but it is better than the enabling relationship that is in exists now.

We both know your brother needs to change. But so far, he’s made no indication that he wants change.

So, now we both know you need to make that change.

It only remains to find out if you really want to.