Is it investing or is it speculation?

Originally published in the News Star and in the Shreveport Times on Sunday, January 31, 2016

Question: My investment advisor tells me I need to be more of an investor and less of a speculator. What does that even mean? It sounds like two words for the same thing. 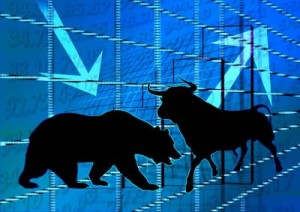 Answer: Speculating is very different from investing. But many an investor has sunk his own boat by behaving like a speculator.

Speculation is focused on price movements in markets. The price of oil, gold, corn, a share of Apple stock – speculators speculate on most anything. And, depending on the speculator, it doesn’t much matter whether the price is going up or going down. There are ways speculators can profit from movement either way – up or down.

Therefore, speculation is very short term in its focus. And it is risky. Often, very risky. And so, as you would expect, it can be very profitable.

When you speculate, you can often win big…or lose it all.

Guess what – most of us don’t ever need to engage in speculation as I have described it above. It is far too risky and demands a huge amount of skill. And even then…

So then what is investing (as opposed to speculation)?

Investing is focused on fundamental value. This is over simplified, but a share of stock represents a proportional fraction of all the money the company will make in the future. So, fundamentally, sound investing should seek to participate in the ownership of well run companies that are very likely to make money over a long period of time.

Well, not so fast. That assumes that markets (and people) are perfectly rational, logical and efficient. I hate to burst anyone’s bubble, but they are not.

Here are four factors that impact the movements of markets, short and long-term. These are factors that smart, long-term investors have to take into consideration.

Earnings. Corporations (hopefully!) make money. Investors try to buy into companies that stand a good chance of earning money every year and that are likely to have their earnings figure go up a little each year. This is the “long-term” in investing and what every investor should keep her eye on.

Environment. The price of oil goes up. A hurricane hits the east coast. Terrorists attack a café in Europe. China announces their economy is slowing down. The wrong guy or gal gets elected president. These (and a million more) are circumstances that affect the earnings of companies. Most of the time, these impacts are short term in nature, but they can spook the markets.

Emotions often results in extrapolation, which can go either way. Markets enjoy a steady upward climb for weeks, months, even years, and it becomes easy to extrapolate and say, “It’s different this time. The economic gods have figured out a way to avoid bear markets once and for all. At the rate my portfolio has been going up since Thanksgiving, I’ll be a zillionaire by Labor Day!”

I can only guess, but if your advisor has counseled you to “be more of an investor and less of a speculator,” I assume you’ve been doing a bit of emotionally charged extrapolation, perhaps based on the current economic environment. That is to say, your portfolio is down and you’re scared.

Being scared is OK. I hate it when my own account(s) go down.

But I’ve learned that figuring out the short-term movements of the market is a fool’s errand (I’ll leave that to the speculators). I try to keep the faith that the earning capacity of the world’s best run companies will continue to go up (over the long-term) and I will be rewarded for my patience.

There are no guarantees. But I think the probabilities are in my favor.