Facing facts is hard; denying them is harder

Question: My wife and I do not communicate well about money. I think she is too sensitive and she would probably say I am hard-headed. Every time one of us brings it up we usually fight. So we keep putting off dealing with it. We’ve got too much debt and we aren’t making any progress towards retirement. How do people like us deal with this? 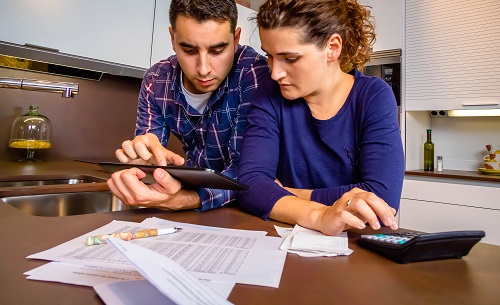 Answer: How do “people like us” usually deal with these kinds of issues? They usually don’t.

They put it off until the problem is bigger and more difficult to resolve.

But that is a horrible strategy, especially when a solution is so simple to come by.

Suppose Joe & Judy ought to be saving $10,000 per year towards their retirement. If they had done this for 35 years (from age 30 to 65) and earned a hypothetical 8% in a tax-deferred retirement account, they would have about $1.8 million.

But Joe & Judy didn’t do that. They waited. They put off the hard work of communication, conflict resolution and compromise to figure out where their savings dollars would come from. So they didn’t get started until age 40, only saving and investing for 25 years. As a result, after 25 years of putting away $10,000 per year, earning the hypothetical 8%, Joe & Judy have less than $800,000 – a far cry from $1.8 million.

My point is that when you deny that you have a serious problem, or delay dealing with it, the cost to you is deeper and more profound than you might imagine.

Mediation. It sounds like you need a third party. Not to decide who is “right” or “wrong,” but to help you both win. Because “win-win” has to be the goal here. Give up trying to figure out who is right or wrong, or who did what in the past. When couples get historical, they usually end up hysterical.

This third party may be a close friend, a spiritual leader, a financial advisor or a marriage counselor. I would worry less about their official title and decide who seems to be a good fit for the two of you grow in the process of…

Communication. One of the first things the third party will do for you is to help you communicate effectively with each other. Often by the time couples end up in some kind of counseling or third party situation, they are fully engaged in trench warfare, having dug in on their side and regularly throwing hand grenades at one another.

Stephen Covey helped me so much in this department by suggesting we seek first to understand, then be understood. When you feel the other party (in this case, your spouse) has worked hard to fully and deeply understand what you want and why you  want it, it provides “emotional oxygen” to be able to relax enough to consider the other’s point of view.

And what is it that we need to communicate about? Our mutual…

But if we can give each other enough emotional space to breath, conceive a positive vision of our future together and actually articulate what that future together might look like, we can begin to believe there could be a reward for the hard work we will invest towards becoming financially healthy.

And the moment we begin that hopeful journey together towards that destination of financial health, we experience…

Emancipation. Freedom. Freedom from the shackles of mutual blame, loneliness, helplessness, lack of vision and the absence of a positive conception of our future together. This isn’t about getting rich. It’s about getting financially healthy as a tool to becoming personally healthy.

Most of the money problems experienced by people in this country are problems about the priorities of people. And in marriages, those priorities are often unknown and unarticulated. Identifying them and beginning to understand them isn’t easy.

So it’s easy to put off the hard work.

But don’t you do that. It’s way, way too expensive.

Q. What led you to Argent and what makes it unique? A. Without a doubt what led me to Argent was the character of the leadership. Before I ever even heard the phrase “humble confidence” my initial visit with Kyle impressed that on me and it has also been reflected in...

This is the final article of a three-part series that provides guidance for plan sponsors who are faced with cash flow pressures at their business. (You can find the first article here and the second one here). The goal of the series is to offer alternative solutions... 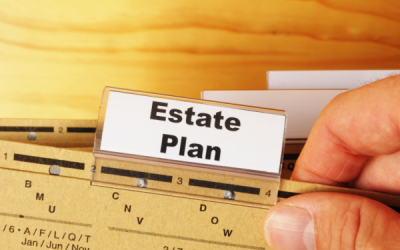 Why a Corporate Fiduciary Could Be Right for You

In today’s world, estate planning can be an intense and complex process. These issues can be caused by many factors, such as federal and state tax laws and the types of property or assets a person owns. If you layer on unique family dynamics (e.g. a blended family,...