What is the biggest unknown about retirement?

Question: I’m not the kind of person who likes surprises. In your experience, what is the biggest surprise facing most retirees and what can I do to get ready for it now? 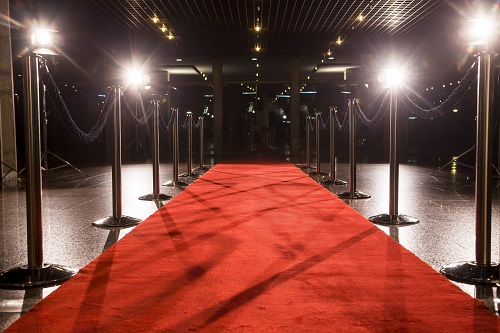 Like the Oscars, an announcer might read from a cue card, “And the nominees for Biggest Surprise in Retirement are…” (drum roll, please)…

“Anemic Interest Rates” staring the Federal Reserve Bank, deciding that it knows better than the market does what interest rates should be. The supporting role in this tale is played by savers everywhere, who support these low rates by leaving their funds in banks forced to offer historically low rates. But most everyone knows about this by now, so it should be of little surprise to the average retiree.

“Unintended Consequences” also staring the Federal Reserve Bank, but this time in a supporting role. The lead role this time is played by the market, who is playing this very close to the vest. So far, the market has given a very satisfactory performance, going up and up and up. But as the Fed seeks to return interest rates to a more “normal” level, things could get bumpy…maybe even surprising.

“Longevity Blues” co-starring modern medicine and…you! At first living a long time sounds great (or at least preferable to the alternative). But upon further examination, we may find this story has a less than happy ending, especially if it lasts longer than your money does.

But my personal choice (and the one with the greatest chance to win the award for Biggest Surprise in Retirement) is “Healthcare Heights,” as in costs reaching new heights.

One of my colleagues had a client tell him that when he retired about 15 years ago, he bought a long-term care insurance policy. His cost at that time was less than $275 per quarter.

Since then, over the next 15 years, he has gotten three rate increases. First his rates went to about $335 per quarter. Then they climbed to slightly over $450. His most recent rate increase put his quarterly premiums up to approximately $650.

As steep as those dollar figures look, that amounts to about 6% per year for medical inflation, which is par for the course.

About half of individuals age 65 and older will need some kind of long-term care during their lifetimes. Twenty percent of women and ten percent of men will need care for a period lasting five years or longer.

If you happen to be one of the one-in-five women or one-in-ten men needing a five year or longer nursing home stay, you’d be looking at $700,000 or more of costs.

That’s enough to deplete most folk’s nest egg to an unacceptable level.

When my colleague asked his client what advice he would give others facing this long-term care funding nightmare, he simply said, “Work as long as you can.”

Like a lot of things in life, you do not have complete control over whether or not you will need long-term care or not. But you do have some influence.

You can take care of yourself physically (not a bad idea even if you’re rich!).

And you can take care of yourself financially – by saving and investing as long and as healthily as you can before you retire. And by securing one of the various forms of long-term care insurance still available in the marketplace (these policies are a disappearing breed).

Since you cannot predict the future, I can almost assure you something is going to surprise you.

But focusing on preparing to the best of your ability may reduce the degree to which any surprise is a nasty one.