Should I wait for the market to pull back to invest?

“With the market at an all time high, should I wait to invest?”

Originally published in the News Star and the Shreveport Times on Sunday, November 19, 2017.

Question: I have recently come into some money that I want to invest. With the market at an all time high, should I wait to invest this money?

Answer: It sounds as if you know where the stock market is.

But do you know where you are? 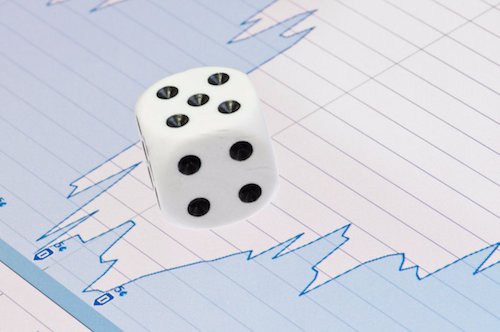 In the spring of 1991, America’s first Gulf War had come to an end. A local news anchor pulled me aside one day in a newsroom and said, “Watch that young governor from Arkansas. He’s going to be our next president.” And the Dow Jones Industrial Average crossed the 3,000 mark for the first time.

To fully appreciate the significance of that moment, I suppose you’d have had to witness the sheer terror on the faces of stock brokers and anyone else involved in Black Monday, a day three and a half years earlier on which that same investment barometer fell by 22% in a single day. Today that would translate into a 5,000 point drop in the Dow… in a day.

But it happened. And if that sounds crazy, just three and one half years later, the Dow had not only recovered, it has soared to over 3,000.

“There’s nowhere for this thing to go but down,” I can remember a colleague moaning to me during that spring of 1991. “3,000 is just ridiculously high.” To back up his fears, he pulled a book off the shelf by a then well-known financial author who wrote about a “coming economic earthquake” due to runaway federal spending and high levels of debt.

Well, at least to some degree, my friend and this famous author were right. There was a massive market sell-off and our economy did experience an earthquake of sorts… but it didn’t happen for another ten years.

And what of the melt down? Whew, it was a doozy. You may recall the “dot-com” bubble, when mankind first realized that Silicon Valley had not figured out a way to make money with zero profits. Red-hot technology stocks hit the skids and took the broad stock market down from more than 11,000 to about 7,000 over the next two years. Ouch.

Well, by now we know the rest of this story. We rode the roller coaster up to 14,000 in 2007, before falling back to earth as financial markets melted down over phony mortgages. The Dow saw 7,000 again at its trough. But like a beech ball held under the water, it soared back once again and has now reached the heady level of about 23,000.

So now we come back full circle to you. Remember my question of you in the beginning – do you know where you are?

Because if you are young with more years likely in front of you than behind, you would do well to side with the long-term prospects of the market. Don’t try to time them, as such timing demands not just one good decision (ahem, guess!) as to when to get in, but also when to get out. And then in again. Out again. When does it end? Usually badly.

If you are in your middle years, respect your natural tendency to be increasingly risk averse. This is natural and for good reason. All of your money should not be invested in markets that can lose half their value in an instant and then 10 years to recover. But while all of it should not be thusly exposed, a portion almost certainly should. You’ll need that money… long-term.

And if you are on the back end of things, make sure you have your nest comfortably feathered before you embark on a risky venture with even a small portion of your money. Where will your income come from once you finally retire? Will you have sufficient liquidity when you do?

Let me assure you I have not the slightest idea of where the markets are headed in the near future.

Second, allow me to admit there are no guarantees of its direction in the long-term.

However, history, common sense and the near total efforts of humanity to better its lot make a persuasive case of siding with the upside in the long-term.

Where is the market going in the long-term? Probably up. But it will most certainly be a bumpy ride (as it has always been) and it could take a while.